Your personal information will never be shared. 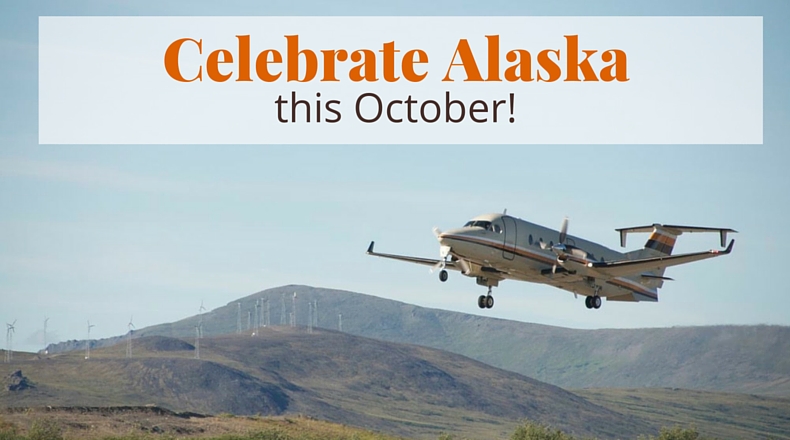 It’s that time of year again! October offers two great events that celebrate the state’s diverse cultures and unique history. Read on to see what’s happening this month and how you can join in on the festivities.

(Psst! You can use your 2015 PFD coupons towards your roundtrip flight to these events via Bering Air. Contact us for details.)

The Alaska Federation of Natives Convention

What makes the AFN Convention so unique? It’s the largest representative annual gathering of Native peoples within the United States. It draws in an estimated 4,000-5,000 attendees as well as elected delegates. This year’s theme: Heroes in our Homeland.

Everyone is welcome to attend the convention as observers. Guests can enjoy a variety of events, including live entertainment, the Alaska Native Customary Art Fair and the Alaska Marketplace.

Can’t make it in person? Memorable keynote speeches, expert panels and other proceedings will be broadcast live via television, radio and webcast.

The Alaska Federation of Natives (AFN) is the largest statewide Native organization in Alaska. Since 1966, the organization has been “a powerful voice in Alaska, having advocated for the issues, concerns and interests of the state’s Native community. Governed by a 38-member board, its leaders are elected during the annual convention. The AFN has been instrumental in shaping Alaska’s history as well as helping to develop and pass federal laws.

Experience the vibrant culture and rich history of Native peoples by attending the annual Quyana Alaska. Since 1982, Native dance groups have come together to help connect the community to their origins and pass along traditional dances to future generations. Cultural performances are can be watched in person, on TV or online.

Click here to learn more about the Quyana Alaska dance group and this year’s lineup.

The Alaska Day Festival commemorates the purchase transfer of Alaska from Russia to the United States. Each year, many dignitaries, patriots, travelers and other attendees gather to honor the occasion. A memorial service is held at the Sitka National Cemetery, followed by a parade through the town’s business district and a reenactment of the 1867 ceremony atop Castle Hill.

October 18th marks the anniversary of when Alaska was formally transferred from Russia to the United States. Since 1954, the Alaska Day Festival, Incorporated (a non-profit organization) has held an annual celebration of the state’s purchase and birthday. But the first recorded celebration took place in 1949, as the statue of “The Prospector” was unveiled on the lawn of Sitka’s Pioneer Home.

This year’s theme is “Meet me at the Centennial,” and there are plenty of exciting festivities to choose from. Attend the Alaska Day Ball and win a prize for the best period costume. Enjoy live performances from the Gajaa Heen dancers, the New Archangel Dancers and the U.S. Army Band. Sip tea in style at the Pioneer Home.

How will you celebrate Alaska this month? We’d love for you to share your plans with us in the comments.