In spring of 1974, fresh out of college, a group of four boys set out from their home in northern Michigan in a Cessna 195. Their travels took them to the Baja peninsula of Mexico, up the west coast of North America and finally to their destination: Alaska. They refueled in Fairbanks, headed to Barrow to set foot in the northernmost city in the United States, then ventured south and west to the beaches of Nome.

Having arrived on a beautiful sunny July day and with little money left for further flying, they decided Nome was home for the summer. They got jobs, Jim flying for a local air service and the others plying their trade around town. Jim returned to Michigan in November to marry Christine, and after a brief honeymoon, settled down in their shack on the beach in Nome. 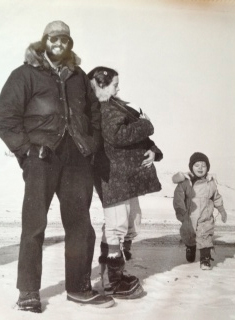 They lived the Alaskan dream, racing sled dogs and enjoying the adventurous Alaskan lifestyle. They started Bering Air and it was incorporated on October 3, 1979, with their first aircraft, a single engine DeHavilland Otter. The family grew with two sons soon on the way, as did Bering Air.

In short time Bering was operating several Otters, a Beaver, Cessna 206 and 207 aircraft. In 1983 with the advent of the bypass mail system, Bering became a scheduled operator with a fleet of brand new Piper navajo aircraft, providing service out of hubs in Nome and Kotzebue. Also in the fleet were Piper Seneca’s, Beech 18 cargo planes, and a Mitsubishi MU-2. Later the older radial engine aircraft with big tires were gradually traded in for turbine-powered King Airs, Beech 1900’s and Casa 212’s. The off-airport work was taken over by the addition of a helicopter department operating Robinson R44’s and MD500’s.

In May of 1988, Jim made aviation history when he piloted his Piper Navajo from Nome, across the international dateline and landed to a warm welcome in Provideniya, USSR. Since then Bering has kept the border open with charter flights to several destinations in the Russian Far East. Unalakleet has since also become a hub for the few eastern Norton Sound villages.

Today the Rowe family is very proud of the 115 employees that make up the Bering Air team, along with 3 bases and 27 aircraft that continue to provide a wide variety of air services to the great state of Alaska and beyond. 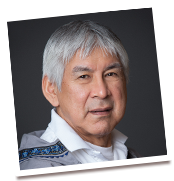 During my 11 years as President/CEO for BSNC from 1999-2010 I flew Bering Air exclusively between Unalakleet and Nome along with many charters between Nome and BSNC villages. I flew with Bering Air because of their reliability, especially with their schedule and their respect of flying weather. Their pilots, along with all of their staff were always friendly and courteous and made it a pleasure to fly with them. Their safety record was also very impressive to me, which made it easier to select their flights.